The Weston Brewing Company was first established in 1842 by German immigrant John Georgian. Georgian brought the tradition of lager brewing with him when he settled in Weston. The brewery was designed to utilize ice from the river during winter and lagering cellars dug deep into the ground to create ideal conditions for his beer which needed to be stored below 60 degrees for more than six weeks. In creating the brewery, the Weston Brewing Company became one of the first lager breweries in the United States. 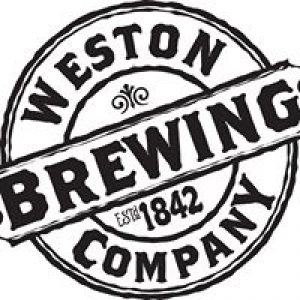 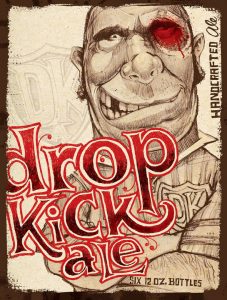 We’re thrilled to annouce that Drop Kick Ale was the gold medal winner at the 2010 Lallemand “Brain of Brewers” competition in Denver Colorado in the Amber Ale catagory. This concoction bears the best of an American brown ale and an Enlgish stye bitter to tickle your taste buds pint after pint. 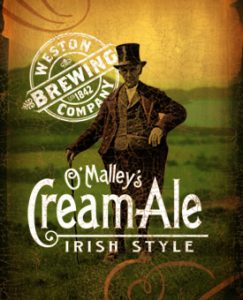 O’Malley’s Cream Ale -golden in color- is a smooth, sweet and creamy brew with a light floral hop nose, malty middle and smooth finish. Don’t miss the brew that started it all. 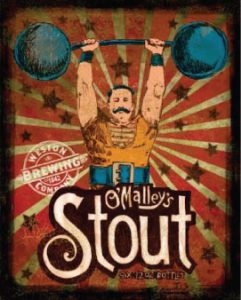 O’Malley’s Stout has been in the works for almost two years. It was originally called Prototype Stout as we worked on the recipe. With the help of our patrons and friends we have developed this dry Irish Stout. Specifically brewed for fun nights in the Irish Pub. 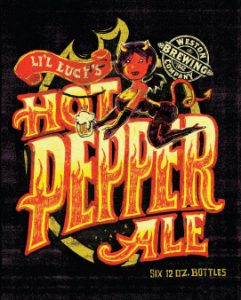 Li’l Lucy’s Hot Pepper Ale started out as an experiment. Weston Brew Labs #2. It became the most popular 22oz beer we produced so it graduated to 12oz. Li’l Lucy is a light, golden ale steeped with fresh serrano and jalapeno peppers. Great for those with a love for the heat. It is also great for cooking.

If you want to know more about the products on this page or other great beers, wines or spirits, head over to the contact page and let us know!

We're not around right now. But you can send us an email and we'll get back to you, asap.